I am ready for a long road flight for work with a week- or months-long projects.
“This is the nicest relationship I have ever had with recruiters”

Background
Collective is a French startup building a SaaS-enabled marketplace to enable freelancers to team up and work together on the same project.
They are redefining what it means to work as a freelancer in development, product design, digital marketing, data strategy and more.
Founded in 2021, they raised an $8 million seed round led by Blossom Capital, and grew their team from the 3 founders to 25 people.
Tech Team
Collective's tech team focuses on quality and standards. The team is mostly formed of Fullstack engineers, along with developers focused on Frontend and DevOps.
Challenge
Hiring requires a lot of time, effort and having a strong network, especially when looking for senior talent. Paul Vidal, the co-founder and CTO of Collective is in charge of growing the company's tech team.
Outcome
After discussing Collective's requirements, the types of software engineers they’re looking for and agreeing on the terms, our talent managers started doing their magic.
Being at the start of their journey, the team at Collective was looking for senior software engineers capable of moving the product vision forward and building a strong foundation as the team expanded.
Work Process
Being an engineer himself, he tried the DIY method at first, only to quickly discover that it is incredibly hard to build a quality pipeline, especially when you’re a team of one. Paul quickly found himself spending all of his time recruiting, which got really challenging, especially in a startup where there are so many things to juggle already.
“It’s also a question of multiplying your forces” says Paul. When he was sourcing, it was just him searching for people on Linkedin, which was taking a lot of time and not bringing consistent results.
Talk with a hiring expert
Get in touch to discuss your hiring needs
JavaScript Works
Community
React, GraphQL, PostgresQL, Typescript, NestJS
Tech Stack
10-49 people
Size
SaaS, Startup
Industry 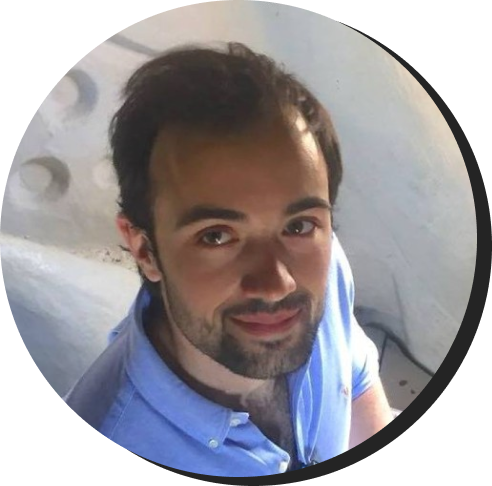 What is it like to work with us?
What I love most about working with WorksHub is that you’re accessible and always directly available via Slack. Because the recruiter I’m working with is my only point of contact, they’re able to understand Collective’s needs really well.
I also really appreciate that you always give me as much information as possible about a potential candidate. I feel like there’s a trust level present, we are regularly in contact to check if everything is alright for the profiles we have in the pipeline.
Are you working with other recruitment agencies as well? How do we differ?
Yes, I'm working with other agencies as well, however, with you we had the best success rate so far, especially on the strong senior profiles. It feels like it’s an honest relationship working with you, whereas with other agencies it feels more transactional.
I also think we got good terms, with no upfront fees and a success only rate, which works great for us. All in all I wouldn’t change this collaboration for anything as I really like the way we’ve been working together!
What has been the impact of working with us for the team at Collective?
For the team at Collective, the impact of working with WorksHub has been huge because you sourced two really senior and strong profiles we really enjoy working with and who are already doing great things for the product.
The biggest impact for me personally has been the fact that you helped us hire two senior people that can directly deliver and help our business grow from day one.
Do you have any advice for companies considering using our service?
Work with the same recruiter we worked with! Although we don't want to be in competition..
Paul Vidal
Co-founder and CTO at Collective
The quality of senior people is what I appreciate most about WorksHub. You source the greatest profiles I’ve seen out there!
We know it works. We’ve done it a thousand times.
Post 1st job for free
Talk with a hiring expert
Ready to see it in action?
CareersCompaniesSitemapFunctional WorksBlockchain WorksJavaScript WorksAi WorksGolang WorksJava WorksPython WorksRemote Works
For employersRegister companyPricing and plansRequest a demoTerms of Service
Scala jobsClojure jobsClojureScript jobsHaskell jobsErlang jobsElixir jobsElm jobsReasonML jobsOCaml jobs
Scala articlesClojure articlesClojureScript articlesHaskell articlesErlang articlesElixir articlesF# articles
Jobs in New YorkJobs in LondonJobs in San FranciscoJobs in BerlinJobs in BarcelonaRemote Jobs
hello@works-hub.com